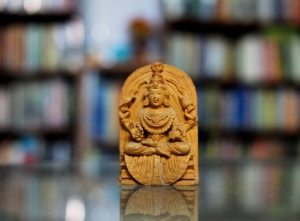 The Education Programs of GAIIT have been drawn up to align with the vision, goals and objectives of the Academy. They fall into three broad categories as follows:

The Academy plans to conduct three types of courses:

The Academy’s focus area is the Indian Intellectual Tradition primarily centered in Nyaya-Shastra, which is the Vedic vidya that defines the science of logic (Tarka Shastra) and the science of Epistemology (Pramana Shastra).  Also, considering that a study of logic requires a sound foundation in the philosophy of language, the Academy would also conduct a course on Language philosophy. Thus, the courses that the Academy would offer are:

This will comprise a set of courses designed to train traditional scholars of Vedic Vidyas in modern methods and idioms of communication in order to enable them to disseminate the knowledge and values of Vedic Dharma and Vedic Culture more effectively in the contemporary world.

These courses will be offered to Associate Scholars of the Academy and, subject to availability of seats, also to traditional teachers that are not associated with the Academy.

These would comprise courses on specific topics and subjects and are meant to facilitate the scholars involved in the Academy’s research programs to acquire the requisite knowledge of contemporary disciplines and fields of study for undertaking their research works in an effective manner.

Research Facilitation Courses would include short courses on topics of Western philosophy and Western knowledge disciplines as also on specific advanced topics of Indian vidyas specifically meant for the Associate Research Scholars of the Academy.

The Academy shall conduct seminars, workshops and conferences on topics related to the Indian Intellectual Tradition having the following goals:

Under general education, the Academy shall take up two initiatives. They are:

The building of an Encyclopedia on Hinduism

The Academy plans to build a comprehensive on-line encyclopedia on Sanathana Dharma (Hinduism) as seen from the native perspective of the Vedic tradition. The on-line encyclopedia, called ‘Know the Vedic Vidyas’, shall strive to be an authentic source of information on Hinduism as contained in the principal texts that comprise the body of Vedic Dharma and from the praxis of traditional teaching as it had prevailed until the introduction of the English Education Act of 1835 where after the neglect of Vedic studies in the country combined with schooling in an alien system resulted in the severance of the Indian Hindu population from its own roots.

The encyclopedia does not attempt to provide depth of knowledge in Vedic Vidyas. Its purpose is to inform and to educate the general public on the vast sweep of vidyas that comprise the body of Vedic knowledge and on the structure in which the seemingly diverse set of philosophies and knowledge-systems that make up the rubric of Vedic vidyas fall into place as an integral unity. The idea is to provide the contemporary Hindu, who, more often than not, is unable to find the roots of his dharma, with a cognitive background of the panorama of Hinduism so that it may serve as a beginning in his quest to locate his roots not only in the most ancient tradition of the world but also in a tradition that is deeply grounded in reason.

The launching of an Information Kiosk

At a later date, the Academy plans to launch an On-line Information Kiosk on Hinduism. This would be A Virtual Information Center catering to questions on Hinduism, Vedic Culture and Vedic Dharma, that members / visitors to the website may like to ask and obtain authentic answers from. There would be a panel of experts who would answer the questions within a stipulated time period (of say 2 to 3 days.)

Also, the questions and answers would be archived under appropriate topics to form an FAQ on Hinduism.