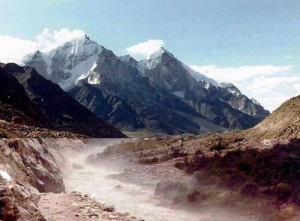 1. To facilitate the renewal and promotion of the Indian intellectual tradition by engaging the foundational ideas, concepts, theories and philosophies of the contemporary world through the methods of Nyaya Shastra with the prime aim of demonstrating the sound epistemic foundations of Indian culture / worldview and ensuring its continuation as a vibrant living tradition for the benefit of the future generations of this country.

2. To critically examine the premises and philosophical underpinnings of the methods used by the Western Academy in Indological studies, which has resulted in Indian culture and civilization being portrayed in a skewed manner, and to re-construct and re-present the features of our dharma, culture, history and literature through the legitimate interpretive frameworks already existing in the scheme of Indian knowledge-systems.

4. To undertake a critical examination of the foundations of science through the principles and methods of Nyaya and to delineate the limits and boundaries of science in order to identify and segregate those areas of human enquiry that the epistemology of science does not give it a warrant to investigate.

6. To create a pool of scholars and philosophers that is well-versed in Nyaya and in the philosophies and thoughts of both Indian and World cultures so that they may be equipped with the means and knowledge to critically examine the foundations of contemporary institutions and establishments and generate seminal ideas, based on firmer epistemological foundations and more inclusive visions of social order and governance, for building the institutes of the future world.

7. To create a permanent academic establishment with buildings, resident teachers and professors, research facilities and requisite infrastructure for planning, undertaking and coordinating all the activities required for meeting the above goals and objectives.

8. To undertake any other activity or project that contributes to the fulfillment of the above goals and objectives.