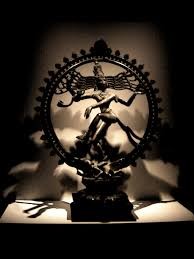 Sanathana Dharma, more popularly known as Hinduism, is the most ancient religion of the world. It is also the least understood religion of the world. Indeed, the word ‘religion’ itself, under which it is customarily categorized, becomes an obstruction to understanding the nature of Hinduism because the word has come to have certain connotations that are antithetical to the very essence of Sanathana Dharma.

The word ‘religion’ brings to mind a set of beliefs and practices based on unquestioned faith and it reminds us of the deep divide that exists between religion and the rational pursuit of knowledge. But such a division is inapplicable to Sanathana Dharma because Sanathana Dharma is grounded in knowledge. The source of Hinduism is the Veda and its etymological root is ‘vid’, which means knowledge. The many disciplines that make up the body of Hinduism are therefore called ‘vidyas’ or knowledge-disciplines. And in Hinduism, the principle means by which a person attains liberation, the goal of human life, is through the single-minded pursuit of knowledge, i.e., the pursuit of what is called ‘Para Vidya’ or the Supreme Knowledge. Approaching the study of Hinduism with the notion, engendered and perpetuated by the religious history of Christianity, that there invariably exists a deep divide between religion and rationality is an almost sure way to ensure that Hinduism is not understood..…….

Another common notion that unconsciously colors the study of Sanathana Dharma is the notion that a religion must have a central scripture as the source of its revelations, beliefs and practices. But the source of Sanathana Dharma is not a scripture. The word ‘scripture’ is derived from the word ‘script’ which means a set of written symbols.  The central source of Sanathana Dharma, the Veda, is Sabda or sound; it is not a scripture. When the Veda is transcribed to written words it loses it character of being Veda because the word ‘Veda’ denotes phonetic strings of words in certain sequences and with certain phonetic properties without which it wouldn’t be the Veda at all. Just as the image of a tiger in a photograph is not a tiger but is a representation of the tiger, even so, in the Vedic philosophy of language, the written word is not the word but is a representation of the word, a secondary symbol that calls to mind the primary symbol, the phonetic word, having the innate power to denote its object.

Sanathana Dharma is the only religion in the world to be based on Sabda and not on a written scripture. The Sabda that is the source of knowledge about Sanathana Dharma is the Veda and it is held to be eternal, uncreated, and coterminous with Reality. It is also considered to be the instrument through which the universe manifests as the ‘created universe’. Thus, Sabda is not simply a set of sentences that tells us what the nature of reality is, but it is the very source from which the manifest reality is made to be what it is. To know the meaning of Sabda is therefore to know the foundations of the world because the world is the meaning of Sabda made concrete as the diverse objects of the world. It is also the means to know the nature of the Transcendental Reality which forms the Support and Ground of the universe. Therefore, Sabda is considered to be a Pramana, the infallible epistemic means of knowing reality, and not just an authored ‘scripture’ whose words are to be accepted based on faith alone. Therefore, in the scheme of Vedic vidyas, there is branch of learning that establishes the pramanatva of Veda based solely on logical discourse. And because Hinduism is based on Sabda, the Eternal Word which is coterminous with Reality, it is called Sanathana Dharma or the Eternal Dharma.

THE EFFECT OF COLONIALISM

The Hindu has lost touch with his roots today. The effects of colonialism have been far more disastrous than has been commonly recognized. The enactment of certain education and social laws during the British rule has left the soil of this country denuded of the live-giving waters that had nourished it from time immemorial. The result of it on the Indian mind has been poignantly described by Ananda Coomaraswamy (1877-1947), the Sri Lankan philosopher and interpreter of Indian culture, in these words:

It is hard to realize how completely the Indian life has been severed. A single generation of English education suffices to break the threads of tradition and to create a non-descript and superficial being deprived of all roots – a kind of intellectual pariah who does not belong to the East or the West, the past or the future. The greatest danger for India is the loss of her spiritual integrity. Of all Indian problems the educational is the most difficult and most tragic.

Perhaps even more telling are the words of Malcolm Muggeridge (1903-1990), a British writer and journalist, who in his later years was a religious and moral campaigner:

As I dimly realized, a people can be laid waste culturally as well as physically; not their lands but their inner life, as it were, sewn with salt. This is what happened in India. An alien culture, itself exhausted, become trivial and shallow, was imposed upon them; when we went, we left behind railways, schools and universities, statues of Queen Victoria and other of our worthies; industries and administration, a legal system; all that and much more, but set in a spiritual wasteland. We had drained the country of its true life and creativity, making it a place of echoes and mimicry.

The higher truths of Sanathana Dharma can be understood only by an accomplished scholar. In the field of traditional Vedic teaching, it had always been recognized that attaining knowledge of the higher truths revealed in the Vedas required both leading a life of righteous action, by virtue of which the mental purity required to access these truths was acquired, combined with strict mental disciplining and sustained effort in the pursuit of knowledge. The saddest part of colonialism was the advent of the European Orientalist, the so-called scholar of Indian culture, who, without having the least regard either for the prescriptions of mental and other disciplining required for Vedic study or for the scholars of the tradition who were the repositories of Vedic knowledge, arrogated to himself the status of being the new expert on Indian culture and Hinduism. It was on the advice of these Orientalists whose collective ‘expert’ opinions were to the effect that “a single shelf of a good European library was worth the whole native literature of India” that the English Education Act of 1835 was instituted. The following extracts from the ‘Minute by the Hon’ble T. B. Macaulay, dated the 2nd February 1835’ brings to light the tragic episode:

I am quite ready to take the oriental learning at the valuation of the orientalists themselves. I have never found one among them who could deny that a single shelf of a good European library was worth the whole native literature of India…..

…. when we pass from works of imagination to works in which facts are recorded and general principles investigated, the superiority of the Europeans becomes absolutely immeasurable. It is, I believe, no exaggeration to say that all the historical information which has been collected from all the books written in the Sanscrit language is less valuable than what may be found in the most paltry abridgments used at preparatory schools in England.

It is this attitude harbored by the European Orientalists towards Indian culture and Sanskrit learning that has percolated into the English education which has since been imparted to the natives of India. On seeing the severe detrimental effects of such education on the Indian mind and on Indian culture, Swami Vivekananda had remarked:

The child is taken to school and the first thing he learns is that his father is a fool, the second thing that his grandfather is a lunatic, the third thing that all his teachers are hypocrites, the fourth, that all the sacred books are lies! By the time he is sixteen he is a mass of negation, lifeless and boneless. And the result is that fifty years of such education has not produced one original man in the three presidencies……. We have learnt only weakness.

That weakness has now entered into the bloodstream of the modern Hindu. It has sapped his vitality and creativity, and the spirit of the Hindu which had once soared to sublime heights now lies prostrate, making this country, as described by Malcolm Muggeridge, a place of echoes and mimicry. If the Hindu has lost touch with his roots today, it is not difficult to see why.

WHAT PURPOSE DOES THIS ENCYCLOPEDIA SEEK TO SERVE?

The main problem that most Hindus face today in attempting to understand their own religion is that they do not have an adequate cognitive background of Hinduism into which the diverse strands of Hindu practices and beliefs may fit as its coherent parts or aspects. When the old Gurukula system of education was prevalent, it had served to prevent such a situation from arising in our society. But today, the various strands of Hinduism that a lay Hindu encounters in his day to day life presents to his mind a motley mix of incoherent practices and beliefs without any comprehendible structure to bind them into a unity. The result is that he is left with a choice of either believing that Hinduism is just a mass of superstitions or resorting to such banal an clichéd expressions as “Hinduism is a way of life” to describe it. Even veganism and tribalism are ways of life; it hardly informs anything of value about Hinduism to describe it as a way of life.

The purpose of the encyclopedia on Sanathana Dharma, called Know the Vedic Vidyas, is to inform and educate the general public on the vast sweep of vidyas that comprise the body of Vedic knowledge, and on the structure in which the seemingly diverse sets of philosophies and knowledge-systems that make up the rubric of Vedic vidyas fall into place as an integral unity. The idea is to provide the contemporary Hindu, who is unable to find the roots of his dharma, with a cognitive background of the panorama of Hinduism so that he may be in a better position to make an informed judgment about what Hinduism is all about.

The encyclopedia does not seek to provide depth of knowledge on Hinduism. It is impossible to do so through a device such as an encyclopedia. The purpose of the encyclopedia is to inform the lay Hindu so that it may serve as a beginning in his quest to locate his roots not only in the most ancient tradition of the world but also in a tradition that is deeply grounded in reason.

The ‘Know the Vedic Vidyas’ encyclopedia on Sanathana Dharma is slated to be launched soon. The encyclopedia shall present the various vidyas through a hierarchical tree structure with nodes at various levels. Each node will have articles to explain the vidya represented at that node.