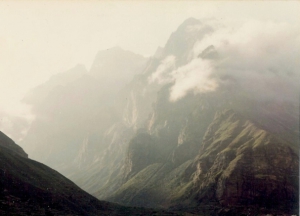 Research is the central activity of the Gautama Academy of Indian Intellectual Traditions. The domain of the Academy’s research is philosophy.

India has been the home of philosophy long before any other civilization even produced its first philosophical literature. And there is no other civilization in the world that has pursued philosophy with the same zeal and single-minded devotion as India has, and many topics of philosophy that Indian philosophers have examined and analyzed thousands of years ago have come to occupy the minds of the Western world only in the last three hundred years.

A civilization becomes great not just by its wealth or technology but by the pursuit of philosophy which alone provides it with the life-giving waters that nurtures all other disciplines. If the Western civilization has achieved greatness today, it is in large measure due to its persistent pursuit of philosophy in the last three hundred years. The European Renaissance and European Enlightenment were fuelled by the philosophies of Descartes and British Empiricism and the philosophies of the French Luminaries and of German Idealism that followed in its wake. The post-Renaissance period of the West too has been characterized by extensive philosophical activity in the areas of linguistics and logic with enormous amount of funds poured into the philosophy departments of the Academic Institutes in both Europe and America to research these topics. Yet, in India which has been the original home of philosophy from time immemorial and which has produced more prolific philosophical literature than any other civilization in the world, today its philosophies are utterly neglected even in our own educational institutes.

The launch of research activities at the Gautama Academy of Indian Intellectual Traditions will endeavor to correct this neglect on the part of our society during the last three hundred years. The Academy will strive to regenerate the tradition of Tarka, which had prevailed in a vibrant form in this country until the end of the seventeenth century, and to take up contemporary issues of philosophy, including those of philosophies of science and social theories, for critical analysis through the methods and principles of Nyaya with the aim of generating epistemologically sound ideas and principles for building the future institutes of this country.

The Academy plans to initiate its research programs with two sets of projects, as follows:

The first set of projects would include a critical examination of the claims of Post-Modern philosophy and Analytic philosophy that the pursuit of the larger goals of philosophy is a deluded enterprise. In particular, the research projects would be directed to:

The second set of projects would take up the critical examination of those topics of contemporary philosophy on which it is crucial to bring clarity for establishing an epistemologically sound alternate platform of discourse. These topics are: