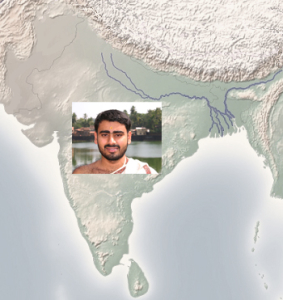 WHY BUILD A DATABASE OF TRADITIONAL SCHOLARS?

The various vidyas that together make up the body of Sanathana Dharma are staggeringly vast both in terms of depth and profundity and in the sheer breadth of scope spanning across the entire spectrum of human activity and human knowledge-pursuits. An idea of the extensiveness of the structure and hierarchy of vidyas that comprise Vedic learning may be seen from the morphological tree displayed in the ‘Know the Vedic Vidyas’ section of this website. This immense body of learning has been handed over from generation to generation of the Vedic tradition, by a long line of teachers and students from a past that goes beyond the horizons of written history, right until the present times. But a thousand years of foreign rule has taken its toll on the tradition.

Lack of state support under the Moghul rule had resulted in Vedic learning being confined to scattered pockets of learning in which the tradition was still upheld. In spite of the persecution that the Vedic tradition faced during most of this period, the vigor of the tradition was still alive and indeed some of the greatest luminaries of the tradition, such as Madhusudhana Saraswati, Gadhadhara, the great acharyas of the Vijayanagara kingdom, taught and flourished during this time. But the introduction of the English Education Act of 1835, and the consequent neglect of Vedic learning in favor of an alien education system introduced by MacCaulay, however, had far more disastrous effects on the tradition than any persecution with the sword had done. For the introduction of this Act not only divested the tradition of state-support but also destroyed the organic structure of Indian society in which the teachers of traditional vidyas had had their legitimate means of livelihood. The result was that a tradition which had continued for thousands of years, and which had contributed the most profound philosophies and human thought to the world, was suddenly left as an orphan to fend for itself.  And the advent of the European scholar, who had neither a foothold in the tradition nor an appreciation of the ethos of the Indian civilization, resulted in a corruption of the soil of this country like it had never been before.

Most of the ancient civilizations of the world are now dead. The Babylonian, the Mesopotamian, the Egyptian and the Greek civilizations have long been buried under the ashes of history. And so too have the native cultures of Europe, the Celtic culture, the Nordic culture and the Gaul culture, for they have all been sacrificed at the altar of the Idol of a Christian Monotheistic God. The Mayan, the Inca and the Apache civilizations have vanished in the wake of the European conquests of the Americas, with hardly a trace left of their native cultures. But the ancient and timeless culture of India still lives; it lives in the ashramas in which the traditional teaching continues, it lives in the Kumbha Melas during which a million ascetics arrive as if from nowhere to remind us that there is another India that lives beneath the clamor and noise of modern life and which irrupts into our midst from time to time.

Of all the ancient civilizations that once flourished on the earth, it is only the Indian civilization which survives today and still carries with it something of the ancient breath that once energized it. Its light may have dimmed, but it is not dead.  But it may not remain so for much longer if we show the same kind of apathy to it as we have done for the last three hundred years. The very kernel of Sanathana Dharma, along with the prolixity of its diverse vidyas, now stands in danger of being washed away in the avalanche of capitalist economics and unbridled consumerism even while the guardians of this country are unable to rise above their petty political ideologues and squabbles to save the priceless inheritance of this ancient land.

It is an irony of modern academic culture that when it researches the past, it values the lifeless archaeological remains, dead skeletons and worm-eaten artifacts, copper potteries and other such finds, more than the living data that stares us in the face. The historian Toynbee had cautioned that “the study of human history cannot be treated like a scientist’s laboratory” and that “the historian’s seminarium is a nursery-garden in which living ideas about living creatures are taught to shoot”. But unfortunately, the modern academy has consistently used the same methods to study Indian civilization as it has used to the study the dead civilizations of the world, ignoring the living tradition of India which still throbs with life, albeit weakly, beneath the veneer of modern India. The Academia fails to see that the living scholars of the Vedic tradition are the most valuable sources of data to know not only about the past of the Indian civilization but also to know in a more authentic manner the most profound knowledge-systems that have been bequeathed to humankind. If we are to save our culture and to utilize the depth of its wisdom and vidyas for the future benefit of this country, it is imperative, first of all, that we should build a directory of all the scholars of the tradition that still live among us; for these are the repositories of our ancient, vast and profound knowledge systems that we can tap into for bringing about a renaissance having its roots in our own unique culture and yet engaging the contemporary world to build a more equitable governing order catering to both the secular and spiritual needs of its citizens without sacrificing the one for the other.

WHAT PURPOSE WOULD THE SCHOLAR DATABASE SERVE?

Building such a Database of Scholars would serve the following purposes:

WHO IS A SCHOLAR?

For the purpose of building the scholar database, any scholar who knows any of the Vedic vidyas would be considered as a scholar.

The emphasis however is on traditional scholars who have learnt the traditional vidyas through a guru-shishya sampradaya.

The Scholar Database would be repository of information on the following categories of scholars:

QUERIES ON THE SCHOLAR DATABASE

When the Scholar Database is launched, we shall provide query facilities to search for scholars of traditional vidyas based on certain filter conditions such as: