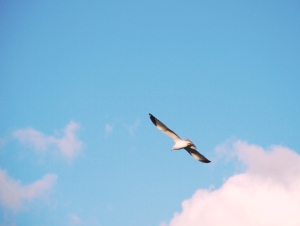 The Indian civilization was, until about the seventeenth century, unparalleled by any other civilization in the world in terms of both knowledge and wealth. India was a great centre of learning from which knowledge had spread to other parts of the world; and according to the economic historian Angus Madison, India was, until 1700 CE, the largest economy in the world controlling as much as one-fourth to one-third of the entire world’s wealth. The two unique features of the Indian civilization that contributed to its greatness were:

a.   It encapsulated the four purusharthas, or driving forces of human life (kama, artha, dharma and moksha), in a single thematic providing a central cultural thread for the regulation of human life as well as for state-governance in a manner that catered to both the secular and spiritual needs of its citizens.

b.   It was a knowledge-based civilization in which every sphere of human life ranging from the highest flights of philosophy to the more mundane sciences, from the complex codes of ethical behavior to the arts and aesthetics, was based on the foundations of knowledge.

Due to it being a knowledge-based culture, it employed rational discourse as the primary means of resolving contentious issues pertaining to all spheres of human activity. In the scheme of the Chaturdasa vidyas, meant for imparting knowledge of dharma, it was known variously as Nyaya-Shastra, Tarka-Shastra and Pramana-Shastra; and in the overarching context of human life, encompassing both dharma and secular life, it was known as Anvikshiki, the method of logical discourse employed for resolving issues related to not only dharma but also to the more mundane and secular activities of trade and commerce and governance and statecraft. In the fourfold divisions of knowledge categorized in the Arthashastra as Trayi, Anvikshiki, Varta and Dandaniti, rational discourse (anvikshiki) held a very prominent place in the structure of Indian culture and society.

The science of logic and methods of logical discourse had therefore developed in the country to a level of refinement and sophistication that has not been achieved in any other civilization or country of the world, past or present. And unlike contemporary logic which is restricted only to the domains of mathematics and physical sciences, Indian logic is universally applicable to every domain of human knowledge and thus serves as a common platform of discourse for all topics and subjects including religion and philosophy, ethics, politics, the sciences, mathematics, engineering, trade and economics, medicine, the arts and aesthetics, etc. Sadly, this great intellectual tradition which had continued unbroken from ancient times until about 300 years ago was allowed to suffer and decline during the British colonial rule; and the replacement of the traditional education system by an entirely alien system further attenuated the situation so much so that most Indians today are unaware that we had had a great and vibrant intellectual tradition up to the seventeenth century, or that there was an Indian logician named Gangesa Misra who had written a seminal and monumental work on logic in the thirteenth-century that dealt with the problems of logic and epistemology that came to occupy the minds of European philosophers only in the twentieth-century.

The educational, economic, social and governing institutes which we have adopted in our country today were born out of the phenomena now known as the European Renaissance, the European Enlightenment and the Industrial Revolution. These institutions and establishments are ill-suited to the fabric of our culture as they promote the sole pursuit of human worldly welfare in total disregard to higher spiritual well-being of man, and they do so by smothering the high ideals and sublime values that the people of this land had venerated from time immemorial.

What we need today is a renaissance that goes back to the roots of our civilization and emerges in a renewed manner suitable for contemporary times. The timeless principles on which the Indian intellectual tradition is grounded give it a unique capacity to provide the knowledge-foundation for a more inclusive society and more equitable governing order, catering to both the mundane and the higher goals of man. But the impetus for such a renaissance cannot come from within the framework of the existing institutions as these institutions are too entrenched in the same old ideas that have gone into building the contemporary world. It has to come from outside this framework through an intellectual discourse among Indian scholars and having the goal of regenerating Indian culture from the praxis of Indian knowledge systems.

The Gautama Academy of Indian Intellectual Traditions (GAIIT), a subsidiary organization of the Samskriti Foundation, is specifically set up to provide an institutional avenue for taking up the challenge of examining the foundational ideas and concepts that have gone into building the contemporary world and of coming up with alternative systems and ideas based on firmer foundations of knowledge. The Academy shall serve as a centre for high intellectual engagement on topics of contemporary import through the medium of Nyaya or Indian Logic and shall be primarily directed towards the Indian audience. It is only by facilitating such an engagement that the Indian intellectual tradition will not only be renewed once more as a living force in our society but will also be enabled to take its place on the world stage as a potent force to shape the future course of our destiny. The goal of the Academy is not merely the dissemination of knowledge contained in our ancient vidyas; it is to promote the revival of our dharma and culture by way of laying the seeds of a future renaissance that will foster a better society for the future generations of this country.